The 1951 Refugee Convention, a key international treaty, for 70 years of its existence, has provided life-saving protection for people forced to flee. UNHCR, the UN Refugee Agency serves as a ‘guardian’ of the 1951 Convention and its 1967 Protocol, with an unique mandate under international law to supervise its application globally.

Even 70 years after the 1951 Convention was adopted, this powerful international legal instrument remains a crucial tool of international human rights law and continues to be relevant now as it was in its early days.

The UNHCR Office of the Chief of Mission in Pristina, with the Law Faculty of Pristina University, in the continuation of a multiyear cooperation and collaboration, are jointly marking the 70th anniversary of the 1951 Convention by organising a Legal Forum with a specific theme on Core Protection Aspects of the 1951 Convention assessed from a Human Rights Perspective.

The ‘Pristina Talks’ forum will also accommodate an expert discussion on the issue of the 1951 Convention safeguards in the evolving context of mixed migration. A range of international and national experts amongst the legal community, academia, authorities, students, UN Agencies and civil society shall engage and contribute by exchanging views on challenges as well as opportunities that arise in mixed migratory movements involving refugees and asylum-seekers and irregular migrants globally as well as in the regional context.

The event of the 10 December 2021, with its photo exibition pays tribute to the late Madame Sadako Ogata (1927-2019), the UNHCR High Commissioner during the period from 1991 – 2000. Ms. Ogata was the first and only women up to date, to be appointed in this position.

During her tenure, Madame Ogata has visited the Balkans numerous times and will always remain in the hearts of the people as a great humanitarian 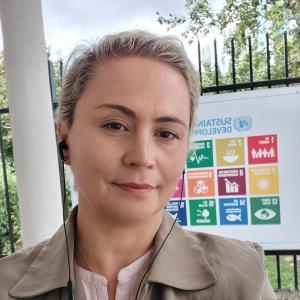