The Association of Journalists of Kosovo-AJK, the OSCE Mission in Kosovo and the UN Kosovo Team, marked World Press Freedom Day.

The partners organised a set of activities with the aim to raise awareness on the challenges that free press is facing currently.

On 3 May, the AJK Executive Director, held a press conference, supported by the board of the AJK and colleagues reading a joint message to authorities, asking for more protection of the journalists   and media in their work, as well as calling on all colleagues and media to uphold themselves to the highest professional and ethical standards.

Banners with the following messages were set up in front of the main government building for three days:

On  4 May, AJK supported by Development Coordination Office of the UN and OSCE organised a conference, to discuss challenges of the journalists and other media professionals with the policymakers and other relevant institutions, that promote the rights of journalists.

Researcher Getoarbë Mulliqi Bojaj presented the findings of the report "Indicators of the Level of Media Freedom and Security of Journalists 2021", followed by a discussion of the findings by: Chairman of the Board of AGK, Xhemajl Rexha, Imer Mushkolaj - Executive Director of the Press Council, Yll Zekaj - Legal Expert and Abit Hoxha - Expert.

According to these findings, the situation of journalists continues to be serious, both by the pandemic and by political changes, the number of attacks on journalists has increased, while the tendency to silence of journalists through SLAPP (Strategic lawsuits against public participation) lawsuits is more prominent. While one of the recommendations of the report emphasized the need for journalists to report all cases of violation of their rights, the importance of RTK (Kosovo Public Broadcaster) financial independence, the independence of the selection of RTK and IMC (Independent Media Commission) boards, as and complete the KJC (Kosovo Judicial Council) Data Management System as soon as possible.

Also, the panel discussed the denigrating language used against journalists and its impact on media trust. The panel consisted of Doarsa Kica Xhelili - Chairwoman of the Committee on Public Administration, Local Government, Media and Regional Development of the Assembly of Kosovo; Leonard Kërquki - Director of the Express Newspaper, Rrezarta Delibashzade Krasniqi - Executive Director of NGO D4D and Granit Musliu - Member of the Independent Media Commission. During the second part of the conference, the second panel discussed freedom of press from the zones of conflict was discussed.

The second panel was composed of Lyudmila Makey – Journalist from Ukraine, the Head of Journalists Union of the Ukraine; Saranda Ramaj – Journalist on KTV and Jul Kasapi, a Journalist from Albania, who shared with participants and viewers their personal experiences of reporting from the conflict zones.

Through a direct link, the President of the National Union of Journalists of Ukraine, Sergiy Tomilenko, joined the conference, expressing gratitude for the readiness of the of Kosovo to assist Ukrainian journalists. 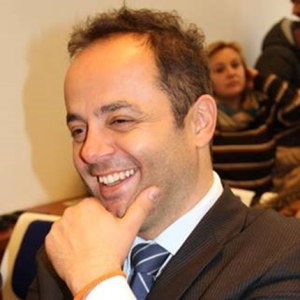 Other entities involved in this initiative

OSCE
Organization for Security and Co-operation in Europe