The Security and Gender Group (SGG) is concerned and strongly condemns the alleged sexual harassment/assault involving primary school-aged children at a primary school in Pristina. These alleged acts have first become public through a video that has been circulating for the past couple of days in digital news portals and social media.

The SGG calls upon relevant institutions to take effective measures and handle this delicate case with utmost priority in order to ensure zero tolerance on sexual harassment, and the safety of children throughout their day-to-day activities including during their school hours and especially in and around school facilities.

Sexual violence constitutes a gross violation of fundamental human rights and bears long-term devastating impact on the victims. The SGG calls on institutions to fully investigate such crimes, establishing a culture of zero tolerance for sexual harassment and abuse. Children, girls and boys, must feel safe in the spaces where they learn, live and play.

Due to the sensitivity of this issue involving minors, the media should immediately refrain from sharing footage of this incident in order to protect the confidentiality of children.

Kosovo has made significant gains in protecting children from violence, including by endorsing key human rights instruments and adopting the Law on Child Protection in 2019. The full implementation of the Law, including in the school setting, is fundamental to guarantee that all children are protected against all forms of abuse and exploitation.

This alleged “isolated” sexual violence that was made public as well as others that may have passed unnoticed should be an alarm for Kosovo society to avoid gender bias and equally value, treat, and educate girls and boys in families, at school and society.

It also highlights the need to regulate the security around school facilities, which should restrict the movement of regular non-school staff and pupils and increase the security measures even after school hours and days.

Further, this issue highlights the need for the availability of social workers and psychologists in all schools throughout Kosovo in order to be able to prevent and if happens, to handle such delicate issues professionally without causing more harm to involved children. The continuous work of social workers and psychologists with children will help children perform better both academically and socially.

This also reminds us of the urgent need for the implementation of the Comprehensive Sexuality Education in our education system, including at the primary school. Comprehensive Sexuality Education plays a crucial role in addressing the health and well-being of children and young people. Applying a learner-centered approach, CSE not only provides children and young people with age-appropriate and phased education on human rights, gender equality, relationships, reproduction, sexual behaviors risks and prevention of ill health, but also provides an opportunity to present sexuality with a positive approach, emphasizing values such as respect, inclusion, non-discrimination, equality, empathy, responsibility and reciprocity.

The Security and Gender Group (SGG) is a multi-stakeholder group, chaired by UN Women. The following signatories are members of SGG and support this public statement: 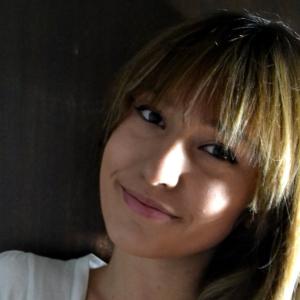