The UNSDCF is a five-year programmatic framework developed based on a solid analysis, i.e. Common Kosovo Analysis  and in consultation with national and international partners at all levels. The UNSDCF describes the shared strategic priorities of the UN Kosovo Team that will require the full range of expertise and resources from the United Nations agencies, funds and programmes.

The UN Development Coordinator in Kosovo

Ms. Spence of Norway has 30 years of professional experience from government, the UN, NATO and civil society. She has cross-cutting competencies in security, development and humanitarian affairs.

More recently, Ms Spence managed WFP’s field operations in Pakistan as deputy and acting Country Director. In Pakistan, she supported the government in its UN Food Systems Summit engagement, disaster management and augmenting social protection. In September 2021 she was seconded by WFP to the Scaling Up Nutrition (SUN) Movement, where she led organizational transformation and served as Acting Director. Prior to joining WFP, Ms Spence served with OCHA, UN Office in Geneva, Norwegian Refugee Council and the Red Cross Movement.

Her first field deployment was in 2012, as Deputy Head of Office, OCHA Afghanistan. Ms. Spence began her career in the field of foreign and security policy, where her work included positions with the Norwegian Ministries of Foreign Affairs & Defense, and NATO’s International Staff. While at NATO, Ms. Spence negotiated several joint policies between NATO and partners on peacekeeping. Ms. Spence holds a master’s degree in International Relations from Oslo University. 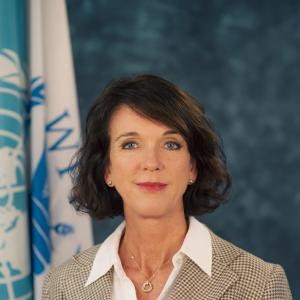