Reviving the Past for a Better Future

A small town in Kosovo, it displays history but also the future, beautiful landscapes and Christian monuments.

There is a small town in Kosovo, or a village, with a special culture and - above all - a separate life from the rest of Kosovo. It displays history but also the future, beautiful landscapes and Christian monuments.

This small town is in the municipality of Lipjan/Lipljan, central Kosovo and called Janjevë/Janjevo. It is a Kosovo in miniature as its inhabitants include Albanians, Croatians, Roma, Turks, Ashkali, Bosniaks, and Serbs and was well known by Croatian plastic traders in the 1990‘s and special beef sausage called “suxhuk”.

Entering Janjevë/Janjevo gives you an insight into a secluded world. Some of the houses have been abandoned in the recent years, their porches are overgrown with plants and weeds, you get the impression that people are abandoning this place. Economic conditions are not ideal and the potential of this place are unused. Cultural monuments are a potential source of income and could turn this place into a place where tourists arriving, bringing along economic progress.

In the middle of this town is a Church of St. Nikola (St. Nicholas) from the 13th Century, and completely natural, tidy and organized. One man lives and takes care of this Church and the Catholic community. Don Matej has spent all his life around this Church, in which centuries of life, uniqueness and devotion to the Catholic faith are imprinted. The Church has been maintained with the help of local community.

In previous years, the rehabilitation of this Church was supported through the EU-funded “Inter-community Dialogue through inclusive Cultural Heritage Preservation” project implemented by UNDP.

“We have a new roof and stairs that leads to the church bell. Also some additional works were done inside, including painting,” Don Matej told us and reminded that life is hard in Janjevë/Janjevo.

Frequent electricity cuts and lack of water are some of their main problems. “We had a wonderful tradition to organize horseback riding in our small town. It brought people here, but due to the water shortage, we were not able to continue with it”, Don Matej explains.

While talking to him, a local inhabitant, Muharrem Gashi, came to ask for help and to thank Don Matej for the new clothes. Muharrem told us that he is poor, but Don Matej told him: “Who has will cannot be poor!” Muharrem left in good spirits after talking to him.

For Don Matej, cherishing a historical monument is an honor, a sacred mission, to which he is committed. Nothing is difficult for him: “St. Nikola Church is dating from 13th Century but was fully completed in 1856. We have our key event in the year: Celebration of St. Nicholas on the 6th of December, when the entire community gathers here, including many that left for Croatia”.

Looking at the beautiful Church in which he serves, Don Matej explains to us how town of Janjevo is in the time when the monuments of culture and religion will help strengthening people economically. He thinks that economy depends on others, on visits, on tourists, on rural tourism etc.

Janjevo people used to be well known by its “suxhuk” and by plastic production. “All of these advantages we have depend on stable electricity and water supply”, Don Matej told us.

The spirit of Janjevo is engraved in his personality. He tells us with longing about his childhood with many children, coming from a family of 11 children, seven sisters and four brothers: “I remember, we had a two floor house and there was a big guest room, that was always locked.

I was 10 years old when I entered it for the first time. I was so happy. It was so clean and with special curtains, we called that room “Guljema soba” (Big room).”

Don Matej compares his childhood with today’s situation - now Janjevo has only 164 inhabitants of Croatian nationality and many have left to Croatia for better economic opportunities.

He hopes for a better future. He believes that investments in this town would bring back the people whose houses are waiting, empty. Although many houses have been abandoned and destroyed, the tourist potential of this place is promising and above all, unique.

"I hope, I really hope, that the day will come when we bring back the pride of this place in full glory and change the course of progress," Don Matej tells us.

You will not feel indifferent after leaving Janjevo. You will leave and eventually return for these beautiful landscapes. It seems like we'll see each other many more times. 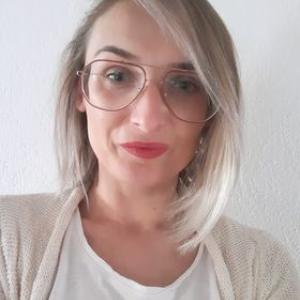