Glass Recycling: Someone Had To Start It!

While glass recycling significantly reduces air and water pollution, the practice remains unexplored in Kosovo. This was one of the main concerns of Dugagjin Berisha, a lover of environment and father of five, who was willing to pioneer glass recycling as a socially and environmentally friendly action with financial benefits.

Born and raised in Gjakovë/Djakovica, Dugagjin is known for taking care of the neighborhood he lives in - to the extent that he has been able to increase a great deal of awareness amongst the people of his hometown. The area of the compound he lives in used to be a dusty and muddy parking area. Thanks to Dugagjin’s hard work, the parking lot is now turned into a nice garden and a basketball court for the kids of the neighborhood. Except that, he imported and installed a watering system; but never used the drinking water for watering. Instead, he adjusted an old well that existed in the compound, dating from decades ago. For many years, “Marin Barleti” stands out as a model neighborhood - not only in Gjakovë/Djakovica, but in neighboring municipalities, as well.

This entrepreneur was driven by the desire to protect the environment in an area with a dysfunctional waste management system, because of which waste was often illegally ending up in dumping sites. One of his legacies remains the separation of waste, specifically for materials like paper, metal, and plastic, which are still processed for recycling in the “Marin Barleti” area.

“While this waste was separated, I noticed that only glass was left from the waste collected, that was the moment that I realized the market gap”, says Dugagjin.

He started with nothing that would assist him in the process - except a lot of moral support from his family and other people around him. Slowly, small businesses joined the initiative while the first kilos of glass waste were collected in his neighborhood. Known as an active citizen, he would organize weekly cleaning of the neighborhood area, where even the kids were willing and excited to clean and recycle.

When his family members saw his ambitions and his ideas, they were fully convinced to support him. Some of them supported him financially, some with marketing and public relations but also working on the landfill, sorting, and cleaning glass to be recycled. His family is now fully engaged in the day-to-day operations.

“The beginning was tough, but then we received support from the residents, my family and small businesses round my city. I started with one employee, now together with all the family members engaged we have 9 employees, a small glass waste depot and an ambitious strategy. My plan is to make the company fully sustainable, employ more people and at later stages, start producing glass from the recycled glass, and make Kosovo Glass Recycling (KGR) the first company to do so in Kosovo and region. My vision is also to make it an attractive business for European investors to ensure collection and recycling Kosovo-wide”, says Dugagjin.

To this date, Kosovo Glass Recycling is the only business of its kind in Kosovo. For over a year, it ran completely on family funding, and it did not generate any profit. It was just recently that the business started booming with client requests. With increased capacity and a more modern infrastructure in place, KGR can meet the market demand while strengthening its corporate social responsibility: employing more individuals to tackle the high unemployment rate in his hometown, while at the same time contributing to ecosystem restoration by recycling large amounts of glass.

On his vision for the company Dugagjin says: “I aim to be a leader on glass recycling in the region on processing and reproducing; I intend to employ over 100 people engaged in collecting, recycling and reproducing. KGR envisions itself present in all main municipalities of Kosovo as a leading actor in contributing to a cleaner environment”.

As a passionate environmentalist Dugagjin is telling us that he is doing this so future generations enjoy a greener environment.

Kosovo needs more such initiatives, which support environmentally sustainable development and job creation. Dugagjin is an excellent example of how conscious changes at individual level are crucial - it is not enough to have the system in place, but the willingness to change. We know that the Earth depends on humans and not the other way around. We want to celebrate initiatives like this, recognize them and share them with others. 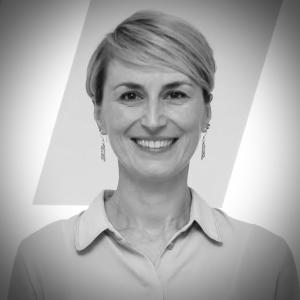